Dot-voting (sometimes referred to as “dotmocracy” — democracy with dots!) is a quick and simple facilitation method that can make decision making a breeze.

It involves – as the name suggests – a voting process for teams, using dot stickers to indicate their preference. It’s mostly used to help prioritize items before starting a sprint but has many other uses throughout sprint cycles.

Dot-voting is a part of the Design Sprint methodology and has been used for decades as a quick and simple method for prioritizing a long list of tasks. After this quick guide, you’ll be ready to implement dot-voting directly into your workflow with EasyRetro.

What is dot voting?

Dot voting is a simple, quick method of identifying which items should be prioritized during the sprint. There’s no need for participants to justify their voting decision, or engage in debate with the group.

By cutting out the back and forth, your team can quickly come to a resolution while making sure that everyone gets an equal say in the prioritizing process. Members who normally keep a low profile are encouraged to contribute to the same level as everyone else. This makes dot-voting one of the most inclusive team voting models.

There are of course some downsides to dot-voting. There are situations that can hinder progress if the dot-vote isn’t implemented correctly.

The most obvious downfall is when votes fall equally over 2 or more options, leaving a tie. It’s unlikely, but for dot-votes to be effective you need a fallback, just in case.

One idea would be to assign a tiebreaker. An objective person, possibly from outside the team who can offer final say on which option “wins”. However, this can introduce a bias into the voting process which is what we’re trying to avoid.

Another solution is to introduce “ranked voting”. Here, each team member will receive multiple dots and choose multiple items. Dots will be assigned a different number, indicating the strength of each individual’s preference. So, dot 1 would be their first choice, dot 2 would be their second choice and so on.

Once the results are counted and a tie is identified, the team leader can assess which item has the most number 1 dots, declaring that item the overall winner.

If senior team members elect to vote first, junior members may feel inclined to vote alongside them. People may also look towards what everyone else is voting on and side with them to avoid arguments. Of course, the whole purpose of dot-voting is to eliminate bias and arguments, so if voters are just following the crowd it defeats the purpose.

There are a few ways we can address this.

Firstly, dot-voting should be a silent vote process. Opening the vote up to discussion draws out the process and introduces bias. Keep discussion to a minimum by stating that this is a vote based purely on individual preference.

Next up, consider introducing a voting order. Avoid senior team members voting early in the process. This makes sure the junior staff get a fair say and don’t feel pressured to do what their superior is doing.

Thirdly, you could create a system to ensure accountability. Voters might record their votes on paper – making sure to keep their choices confidential – before placing their dots. Voters don’t need to do anything with the paper, and this isn’t about offering proof of their intentions, it simply helps the voters stick with their original instincts rather than letting other votes influence their decision.

Of course, you can solve all of these problems in one go by using software like EasyRetro to help anonymize the voting process, hiding each respondents answers from the rest until all the votes are in. 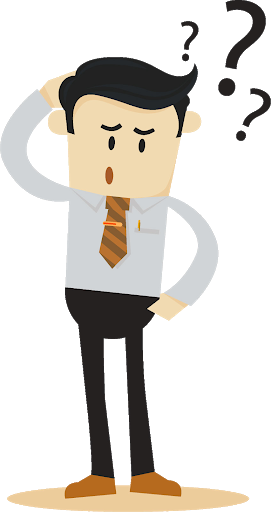 Dot-voting works best when used to decide between options of similar complexity. Presenting options with varying difficulty will likely confuse the voters, or result in the easier options being voted higher than more complex work, even if that work would be a more important piece of the project.

Thankfully, this is easy enough to avoid. Simply arrange voting boards in a way that groups tasks of similar difficulty together, perhaps allowing separate votes on the low complexity and high complexity groups.

Your materials will depend on where the vote is being held. Most commonly, dot voting is used to vote on options represented on sticky notes (usually hung on a wall or whiteboard) or as a written list on a large, easel-sized pad of paper. For voting, dot stickers (hence the name) are commonly used due to their flexibility. If the budget is a little tighter, or the vote is short notice, votes can be made using a marker to indicate the voters choice.

With remote working becoming the norm over the past year, the traditional dot vote could be a little more difficult to organize. Thankfully, the core process remains the same.

Using a platform like EasyRetro, you can easily create voting boards using cards in place of sticky notes and use the built-in voting system to register everyone’s votes. The team leader can assign each member with a specific number of votes, ensuring that everyone gets fair representation.

Obviously, you need things to vote on. This is a simple step while following an agile workflow. Your options are simply tasks that you need to complete during the upcoming sprint.

3. Organize the options into groups

This step ties into solving the varying complexity problem. Tasks should be arranged into boards and matched with other tasks of similar complexity or type.

For example, if some tasks are design based and others are mainly coding, it would be sensible to separate those into their own categories. If left in the same column, the team may prioritize something more essential due to their preference of say, design over coding.

The same can be said for tasks of varying difficulty. No-one wants to choose the most difficult task in the list, but every task will need to be completed eventually. If everyone chooses the simplest task in the column every time, the team will be stung with extra crunch towards the end of development.

Top tip: Steps 2 and 3 are quickly and easily completed with EasyRetro! 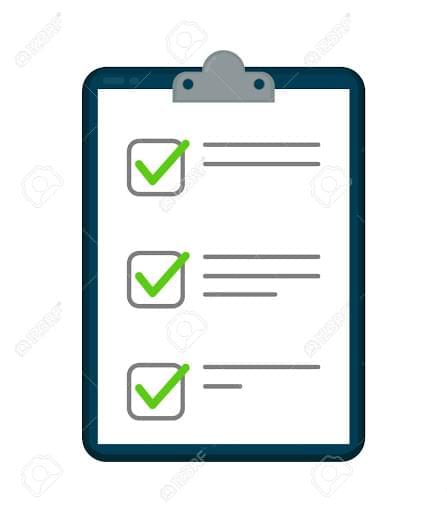 Before jumping straight in with the voting, make sure your team knows the value of this exercise. Let them know why they are voting and how their votes will affect the upcoming sprint.

Make sure your team knows how many votes they will have per board (EasyRetro will automatically inform voters on how many votes are left during the voting process) and make sure to explain how their votes are weighted if using a ranked vote system. Dots with a “3” on them represent their third choice, dots marked “2” are their second choice and dots marked “1” are their primary choice.

Further constraints can be introduced if needed to reflect the views of certain departments, though it’s best to try and keep a dot-vote as simple as possible.

The team places their dots on their chosen options in whichever order has been decided. As mentioned earlier, the most effective dot-votes are silent to avoid influencing other voters. The objective of this vote is to get unbiased opinions from your entire team and avoid the bandwagon effect.

Once the vote is completed, the team can get together and review the outcome. The dots will create a heat map showing which tasks the team feels should be given priority. IF you want to open up the floor to discussion, now is the time to do it, but remember there’s no need to include discussion for dot-voting to be effective. Once this step is done, you can start planning the upcoming sprint based on what you’ve learned from the dot-vote.

When you should use dot voting

Decision making can be a painfully drawn-out process, especially at the end of a brainstorming session. Factor in mixed opinions, stakeholder priorities and the HIPPO (highest-paid person’s opinion) effect, and reaching a democratic decision becomes extremely difficult.

Dot votes aren’t useful in every situation, but if you need to focus discussion on a subset of tasks within a large work pool, it can certainly speed things up. It’s also incredibly helpful for ensuring the entire team is involved in the decision-making process rather than just a select few who have the confidence to speak up.

Why is dot voting essential for agile teams?

At the end of a brainstorming session, the team is understandably worn out, so jumping straight into another huge discussion is the last thing anyone wants to do. Dot-voting sits right in the sweet spot of winding down and productivity.

It’s less stressful and intensive than ranking every option, as team members are not required to give reasonings behind their voting intention. It also encourages the whole team to participate, as the quieter team members don’t have to worry about speaking up or interrupting anyone.

Now you know everything there is to know about dot-voting, it’s time to put it into practice!

Using EasyRetro to create your boards makes the dot voting process even easier thanks to the easy-to-use interface and intuitive features. Creating voting boards is a breeze and the built-in voting system will save you money on markers and dot stickers!

EasyRetro is a great tool for fun retrospectives, but it’s also so much more. Come see how we can make your agile workflow even simpler with a FREE 7-day trial.

Create an account and help your team to be better everyday.