In the world of Agile, there are few tasks that can be done alone. We know this, but sometimes a team needs a little boost to help them collaborate when morale starts to dip. Pulling out an inspirational quote during a meeting may seem a little corny, but you would be surprised how often it works.

The greatest quotes are the ones that can be applied to nearly any situation. This gem from Helen Keller – who was herself an inspiration to many – is a fantastic reminder for our work and private lives.

“Individual commitment to a group effort: That is what makes a team work, a company work, a society work, a civilization work.”
- Vince Lombardi

Vince Lombardi will forever be remembered as one of the NFL’s greatest coaches and quotes like this are part of the reason why. Lombardi understood the need for team collaboration and never based his strategy around just one player.

“No one can whistle a symphony. It takes a whole orchestra to play it.”
- H.E. Luccock

A single person may have an idea, but it takes a team to bring that idea to life. Teamwork is about working as one, not for one.

We could fill this entire list with great quotes from athletes, but this one from Kareem Abdul-Jabbar stands out by demonstrating how important it is to be selfless when working as one.

“The nicest thing about teamwork is that you always have others on your side.”
- Margaret Carty

“The nicest thing about teamwork is that you always have others on your side.”

“Remember, teamwork begins by building trust. And the only way to do that is to overcome our need for invulnerability.”
- Patrick Lencioni

A team without trust isn’t going to work, everyone needs to feel they are an equal participant. That means checking your ego at the door and allowing yourself to be open to criticism.

“Individually, we are one drop. Together, we are an ocean.”
- Ryūnosuke Akutagawa

Akutagawa is known as the “father of the Japanese short story” and has a wealth of insightful quotes, but this one is perfect for a team who are about to tackle a huge task.

“No matter how brilliant your mind or strategy, if you’re playing a solo game, you’ll always lose out to a team.”
- Reid Hoffman

A cohesive team will always outshine a solo superstar!

“If you take out the team in teamwork, it’s just work. Now who wants that?”
- Mathew Woodring Strover

Funny, and hard to argue with.

“You don’t win alone. That’s just how it is.”
- Tobio Kageyama

“Surround yourself with a trusted and loyal team. It makes all the difference.”
- Alison Pincus

You don’t need to take on projects alone, get to know your co-workers and embrace their input.

“Strong and cohesive teams thrive when leaders highlight how much they all have in common, not how much he or she stands above from the crowd.”
- Moira Alexander

This one is mainly for the Scrum leaders and project supervisors. Try not to focus on one person too much when offering praise. Everyone is in this together and should be praised equally.

“Collaboration has no hierarchy. The Sun collaborates with soil to bring flowers on the earth.”
- Amit Ray

It’s tough to not have an emotional reaction to this one. 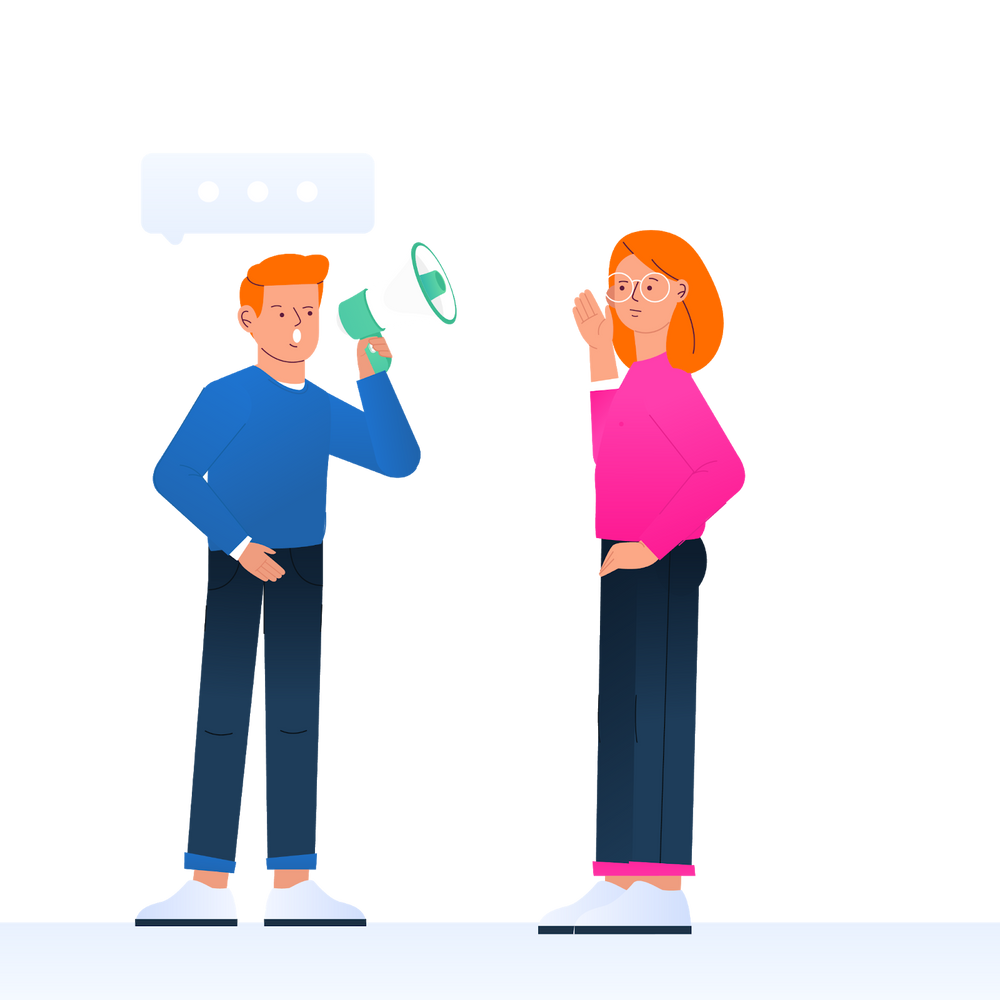 “Many ideas grow better when transplanted into another mind than the one where they sprang up.”
- Oliver Wendell Holmes

Another poignant thought from Patrick.

“Not finance, not strategy, not technology. It is teamwork that remains the ultimate competitive advantage, both because it is so powerful and rare.”
- Patrick Lencioni

This is a great reminder that a company is nothing without its team.

“I don’t like that man. I must get to know him better.”
- Abraham Lincoln

First impressions are sometimes a little off base. Get to know your team before making judgements and watch your productivity soar.

“Find a group of people who challenge and inspire you, spend a lot of time with them, and it will change your life forever.”
- Amy Poehler

Saturday Night Live alum and queen of comedy, Amy Poehler is full of gems like this extract from her incredible speech at Harvard. This pull reminds us that working as a team serves as a learning opportunity and a chance to improve.

Following one person’s lead won’t inspire creativity, working as a group can inspire a new angle that could improve a product in ways no-one expected.

“A team is not a group of people who work together. A team is people who trust each other.”
- Simon Sinek

Trust is vital for a team to work together. Team building exercises to build trust will make your team work smart, not hard.

“The ratio of We’s to I’s is the best indicator of the development of a team.”
- Lewis B. Ergen

There’s no place for someone who thinks of themselves rather than the collective.

“The secret is to gang up on the problem, rather than each other.”
- Thomas Stallkamp

Disputes are inevitable, but follow the old rules of improv and your team can still help each other out. Avoid “no, but…” and instead say “yes, and…”

Teamwork isn’t about who’s best, it’s about giving your best.

“No matter what accomplishments you make, somebody helped you.”
- Althea Gibson

Think about your greatest accomplishment. Who were the people who helped you get there with support and advice?

“In teamwork, silence isn’t golden, it’s deadly.”
- Mark Sanborn Never be afraid to speak out. If you have a suggestion or an objection, it could be the key to success.

“A business that makes nothing but money is a poor business.”
- Henry Ford

Management must interact with their employees. If your company is treating staff like robots, innovation is going to be hampered while everyone focuses on conforming.

“The way to achieve your own success is to be willing to help somebody else get it first.”
- Iyanla Vanzant

Being willing to help others is an essential part of success. 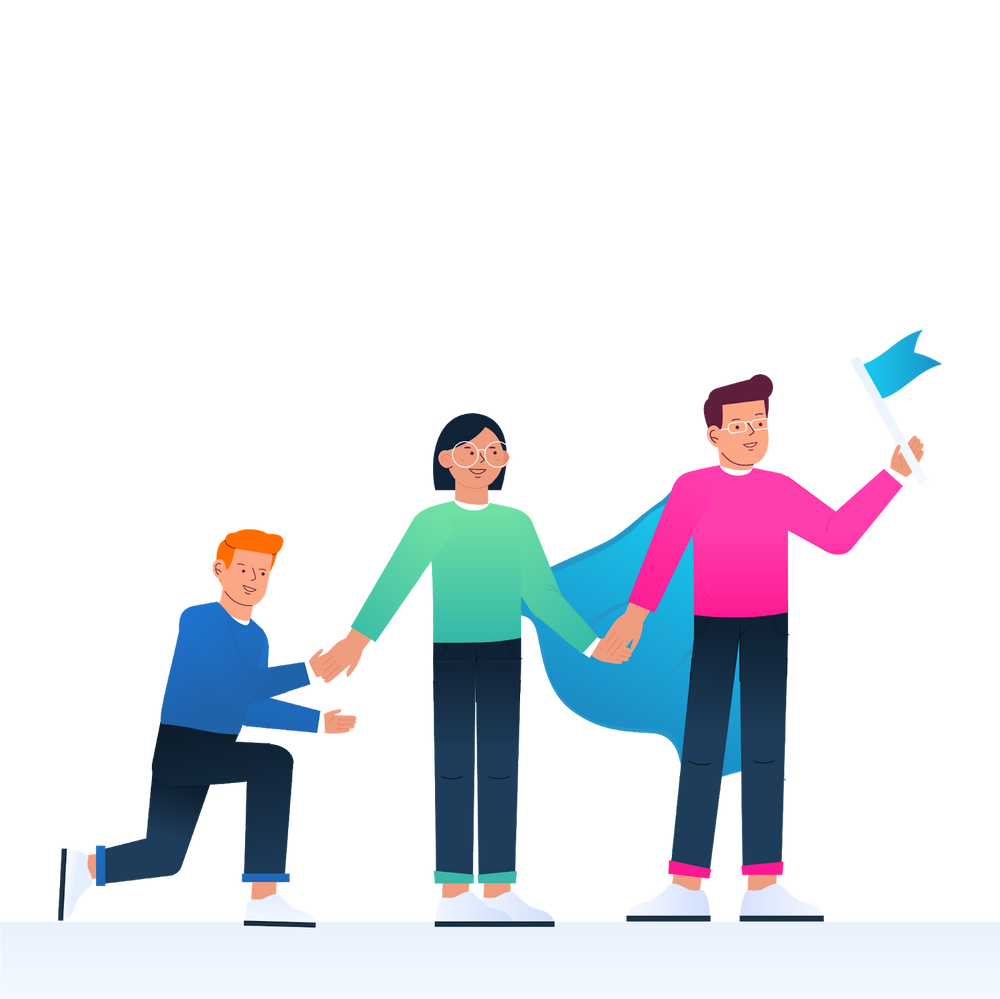 A new team is a stressful experience and building trust is difficult, but it will always lead to great things if you persevere.

“When you need to innovate, you need collaboration.”
- Marissa Mayer

It’s rare that one person can make a brand-new product work, working as a team is key to success.

No matter what happens, your team will get you through it.

“If you want to lift yourself up, lift up someone else.”
- Booker T. Washington

We all know how great it feels to help someone, so why don’t we do it more often?

Some think they work best alone, but teamwork is the real key to perfection during product development.

“Only by binding together as a single force will we remain strong and unconquerable.”
- Chris Bradford

Come together when times get tough and your team can conquer anything.

“Be fast, be first, but never be alone. Nothing can replace the value of teamwork.”
- Farshad Asl

Make sure you bring everyone with you on your quest for success.

“We rise by lifting others.”
- Robert Ingersoll

The best way to motivate yourself is to help motivate others. People often give great advice but don’t realize they should follow it too.

“The way to get started is to quit talking and begin doing.”
- Walt Disney

Discussion is helpful but finding the best way to tackle a task only happens when you start the practical work together.

“Even if you’re on the right track, you’ll get run over if you just sit there.”
- Will Rogers

A mid-sprint stall can be disastrous, but as long as there’s at least one person who keeps going, a team can’t be stopped.

Just because one idea was rejected doesn’t mean you wasted your time. It’s a journey.

“If you are afraid to take a chance, take one anyway. What you don’t do can create the same regrets as the mistakes you made.”
- Iyanla Vanzant

Mistakes provide learning opportunities, so don’t be afraid to make a leap into faith.

“Don’t let the fear of losing be greater than the excitement of winning.”
- Robert Kiyosaki

Winning always feels better when you can share it with your colleagues.

“A team that has no fun does nothing of value, so make your sprints exciting with EasyRetro.”
- Barack Obama

Okay, maybe we stretched the truth a bit on this one! But you can’t deny it makes sense — if you can’t have fun while working as a team, the team doesn’t work. So remember to work hard, but have fun along the way!